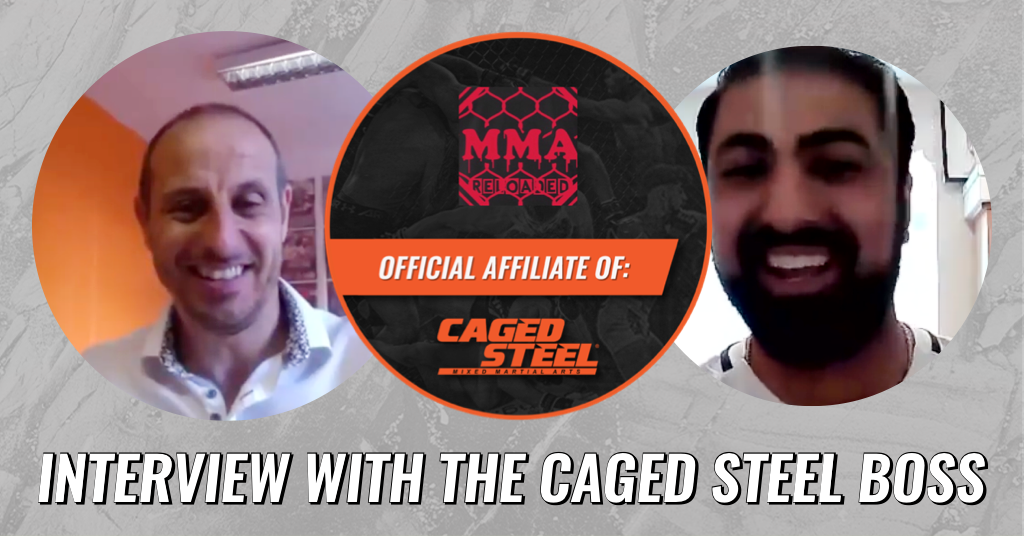 Just over 2 weeks till fight night, that anticipation is insane. It’s great to know so many of you are excited to finally be back together, enjoying live MMA like we used to. CEO Dominic Gibbs catches up with MMA Reloaded’s, Arjun to talk Caged Steel 26.

Here’s a bit about Arjun and MMA Reloaded…

What inspired you to start MMA Reloaded?
– My inspiration behind MMA Reloaded came from my Passion and love of the sport. I thought that instead leaving all these comments on all these different Facebook groups, I can change their perception of the sport on a bigger scale. So I started MMA Reloaded.

What do you love most about MMA Reloaded?
– For as long as I have been doing this, there isn’t one specific thing, I love doing videos, I love analysing fights to put appreciation on the fighters and innovating new ideas and segments to put out there – From the Shoutout that I do after every event where I feel it’s important to respect and show your appreciation for the fighters who came out winners that night – To the Breakdown where I give a detailed analysis on each fighters and fight before events. That’s the type of thing I love.

Who’s the most exciting Caged Steel athlete to watch?
– That’s a tough one, I would say it’s a toss up between: Adam Bramhald, Jack Holt, Stafford Swainston, Ibragim, Robbie Kennedy, Robbie Brown and Warren “The Tank “ Mason. There’s so many!

Time to watch the interview…

So there’s a bit about Arjun, catch his interview with the Caged Steel Boss below…

Support MMA Reloaded and buy your tickets from him here:

Commission will go directly to him to support what he’s doing for the UK MMA scene.