Fahey is making a return to the cage against new comer Blayne Armitage at Caged Steel 23, July 13th.

Ben Fahey from SKD is formerly known to fight within the MMA discipline, but this time will fight under Professional K1 rules at 59kg. Fahey has not competed on Caged Steel since his MMA defeat against Warren Mason back on Caged Steel 20, March 2018. Although the fight didn’t go his way it was fast paced and action packed. Something you can always guarantee when he comes to fight. 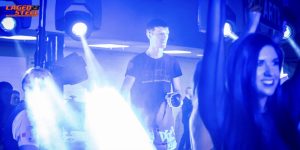 Ben has an unfortunate history on Caged Steel but will be looking to turn around his losing streak and progress in K1. Since his last appearance on the show, Fahey has found himself fortunate in K1, lately achieving a ferocious win via a flying knee which led to the title win on a UK K1 promotion. Fahey always fights with great heart, making a very entertaining bout the crowd loves to watch. We glad to feature him back on the show!

Walking out to him at Fly DSA Arena will be as we previously stated, Blayne Armitage from Powers Martial Arts, a highly regarded gym. The home fighter from Sheffield, will be making his first appearance on Caged Steel, fighting on his biggest stage yet. We visited Powers Martial Arts to interview Blayne and his team mates; Ben Hubball, Nathan Riddle, and Nicolae Pirogan, to catch their thoughts on the fight ahead. Armitage presented a very confident and excited feeling to the fight, having a successful history in K1 to date and having done some background research on his opponent, he feel’s Ben is no match for him. 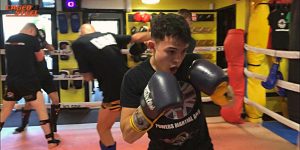 Blayne is also looking forward to fighting K1 within an unfamiliar setting – a cage – as oppose to the traditional boxing ring. He’s excited to showcase his skills in front of a huge crowd, Armitage is sure to bring an entertaining fight to the cage. We‘d like you to give him a warm welcome July 13th.

Adding variety to the nights MMA action, this fight is sure to be a treat to all martial art fans. We hope you’ll be there to support the fighters and enjoy the incredible night of combat action in-store. Keep up to date with future additions to the card by following our Facebook page.