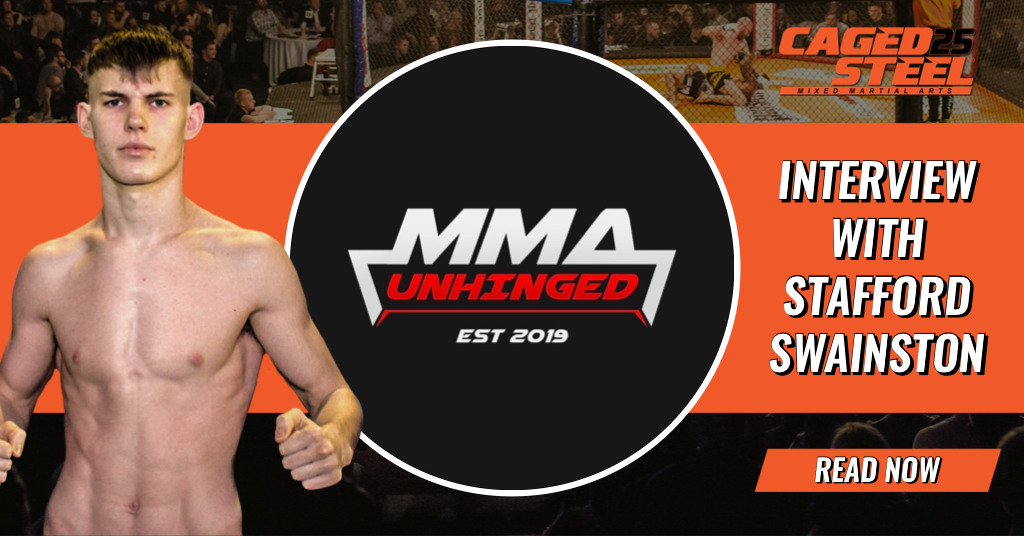 Stafford Swainston (5-1) ranked 21st in the UK takes on the undefeated ranked number 4, Ibragim Ibragimov (6-0) in a European Amateur Title fight at featherweight. Here’s what Stafford had to say about the matchup and more:

Lenny: You’ve only been in round 2 twice in your career, and your opponent has gone to the distance 5 out of his 6 amateur fights, could this be the first fight you go to the distance?

Stafford: “Yes this could be the first fight I could go to the distance, he’s got the style to do so.”

L: A similar question, would you like to go the distance for the experience?

S: “To be fair, I wouldn’t mind going the distance, so I can get a-bit more cage time. Cage time is something I am looking for this year.”

L: Last time you entered the cage was March 14th, come fight night you’ll be out the cage  over a whole year, what’s been the biggest learning experience throughout the year?

L: The extended break was probably the last thing you wanted, so therefore has the lockdown limited the potential of your training?

S: “Yeh…lockdown is limiting my training compared to what I’m used to when preparing for a fight, I’m not training with as many people. I’m still getting in what needs to be done and I’ll be fight fit as usual.”

L: Last question, just over 2 weeks away from fight day, how do you win the fight on April 10th?

Stafford Swainston faces Ibragim Ibragimov on April 10th. Make sure to not miss the intriguing fight between the pair of prospects and order the PPV NOW.
To support Stafford, buy from his PPV link here.
To support MMAUnhinged, buy your link in advanced below.