“I used to play football and rugby, but I was better at punching people in the face.”

“I used to play football and rugby, but I was better at punching people in the face.”

Sponsored by Marquess Private Executive Hire, we have another dynamite fight in store for Caged Steel 24 – Night of Champions! Fighting for the Caged Steel Welterweight Title, Oliver Harriott (3-0-0) from Sheffield Shoot Fighters will be going to war with Gorilla Fight Teams James Green (3-0-0)!

Oliver had his first ever MMA bout early this year, and has already ranked 26th in the UK according to Tapology. “Yes, I was a bit suprised by that as well. I think it’s just a combination of staying active and fighting decent ranked guys. Hopefully another win will put me in the top 10!” Oliver last fought on Caged Steel 23 at Sheffield Arena, his home turf, against Jamie Cooke. We asked Oliver if he thought this fight was going to be as tough as his last. “We are preparing for it to be. I saw it as being a pretty dominant win over Jamie, and I think we’ll get the same over James.” 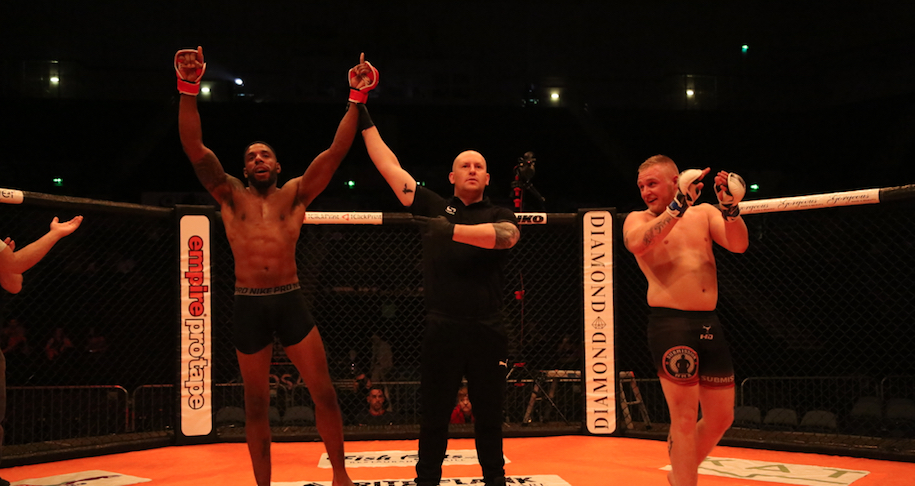 Both Oliver and James have a 3-0-0 fight record – although Oliver ranks higher, it would appear they are equally matched, and this fight is going to be an entertaining watch. We wanted to know what James thought about his upcoming fight, and if he thought he had the edge over Oliver. “I saw his last fight and was impressed with his abilities. I don’t want easy fights, I want to test myself and this will be a good match up. He seems like a good all round fighter, and uses his long reach well. I’m hoping to be too powerful and aggressive for him though.” We asked James if he had any predictions for the fight, or words for Oliver. “Prediction would be first round stoppage. Knockout would be nice but I’d take ground and pound. Tell Oliver to stay fit and healthy, and I’ll see him on the 30th of November for a good set.”

Oliver has also been watching James’ fights – we asked what he thought to this match up, and what areas he felt he could out do James in. “I think fights should be difficult. I’ve seen his fights and he looks like a tough lad. But I feel I’m bigger, faster, and more explosive. I think you should be ready where ever the fight goes, so we train for all situations. Lots of Thai boxing, and lots of wrestling.” Oliver gave us some pretty big words for James. “Make sure you bring your A game because I’m coming to light you up and take that belt!”

Also hungry for the belt, James is actually on holiday with his family over the weekend of the fight. We wanted to know why he took the fight. “Because the belt is up for grabs. I’m at Center Parcs that weekend, so I’m sneaking away from the family to have the fight, then going back when I’ve won. If the belt wasn’t on the line I probably wouldn’t be fighting.” We asked James if there was anyone in particular he drew inspiration from, or if he had a favourite fighter. “I think it’s amazing what some of the local lads have achieved in the fight game. The likes of Danny Mitchell, Scott Askern, Marc Diakiese, Rico Franco. My favourite UFC fighter at the minute would be Paulo Costa for his aggressive style.” 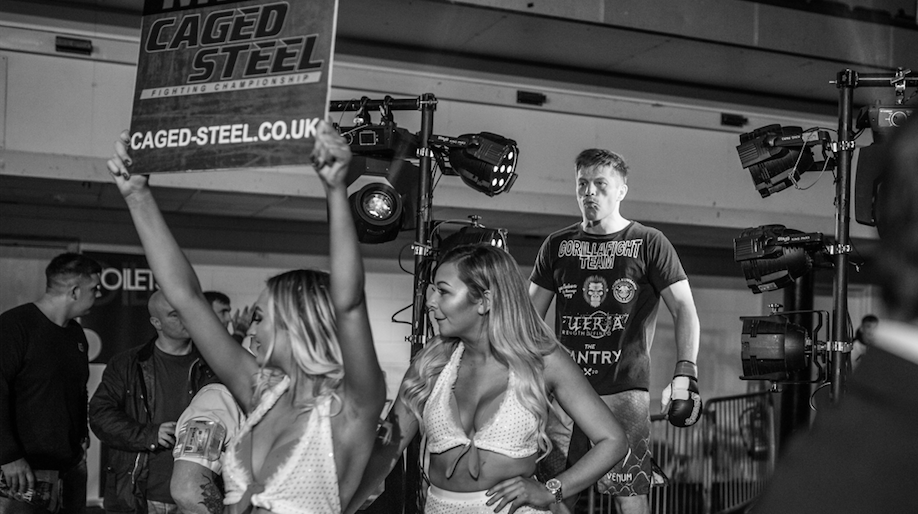 We wanted to know how James first got into MMA in 2016 after an extensive boxing background, and why he pursues these tough MMA fights after confessing that he isn’t really interested in making a career out of MMA. He enjoys the career he has, and prefers MMA as something he can do for fun to test himself. “I was seeing a girl that used to train at an MMA gym. I just turned up to have a go. I did alright with the stand up stuff because of my boxing background, but then I got smashed when it went to the floor. So then I just wanted to learn that side of it, and now I’m addicted to that side of it. I used to play a bit of football and rugby, but found I was better at punching people in the face. So I pushed on with the MMA/boxing.”

Having only started training in MMA even more recently than James, we asked Oliver the same question. “I started training in jiujitsu about two years ago, and Sam Boult was just starting Sheffield Shoot Fighters back up and told me to get down, and I was pretty much into it from there. I think it’s the broadness of the skills involved. I love learning new techniques, and I’m always trying to up my game in the gym. I feel it’s also more intense than other combat sports out there.”

Oliver’s coach, Sam ”The Snake” Boult, was our Caged Steel 23 main event. We wanted to know what it was like to train with a Caged Steel legend. “He’s a great coach. He’s so experienced and anticipates pretty much every potential position I could find myself in. Plus, he’s a laugh in the gym which always helps.” Oliver is looking to make a career out of MMA, and seems dead set on getting to the top. “I think this fight will do a lot for my name. It will be a big scalp for me to collect. After the fight I will see what I get offered next, but on the whole, I want to see how far I can take it with MMA.”

Who do you want to see take home the belt? Oliver? Or James? Vote HERE. Look out for the face-to-face interviews coming soon on our YouTube channel. Subscribe to our channel and hit the notifications button to be notified when their interviews are released. Click here to go to YouTube.
Buy tickets below now, to watch these two champions go head to head for the belt!