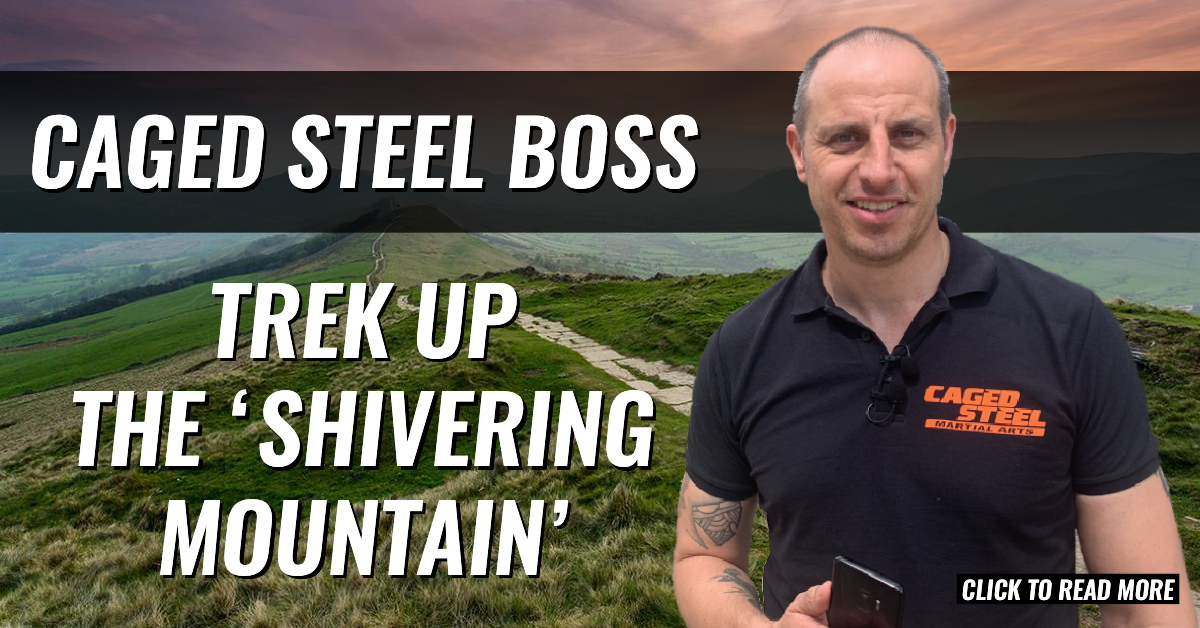 This Saturday the Caged Steel Boss replaces his Cavani shoes for a pair of hiking boots, as he joins BBC Radio Sheffield DJ, Naz, in supporting his 14 year old son Sal – a passionate Cadet Lance Corporal in the Royal Marines Cadets – for a trek up the ‘shivering mountain,’ Mam Tor.

It’s set to be a brilliant day, the sun will be blazing (although anything can happen with English weather) and Dom is eager to journey out and experience the amazing views the Peak District has to offer. Mam Tor is known to be one of the best ridge walks in the country. The whole day – start to finish – will be ‘vlogged’ exclusively for Caged Steel TV. Who knows what could happen? There’s no such thing as an average day out with the Caged Steel Boss! 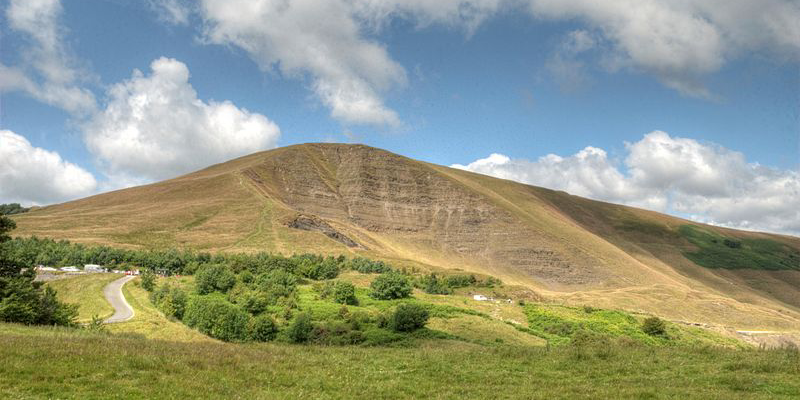 You could say it’s going to be a trip down memory lane (…queue tumble weed), as the last proper hike Dom went on was more or less the same as Sal’s. He too was 14, but instead hiked with the Army Cadet Force. Sal aspires to read Medicine at university and become an officer in the Royal Marines. He is determined to raise money for his just giving page to enable the purchase equipment for the Sheffield Royal Marines Cadets & funds for the SBSA.

Being the Son of a Royal Artillery soldier and having similar experiences in his own childhood – as simple as a hike may sound – Dom understands the values that can be taught in accomplishing such tasks and how they will develop a young individual. You may also have seen Dom’s commitment in supporting close friend, Ben Parkinson MBE, former Lance Bomber, considered Britain’s most severely injured servicemen. Ben’s a big part of Dom’s life and is a living inspiration to what drive and determination means, this reflects on Dom’s enthusiasm in supporting Sal’s hike and his interests. Both Ben and Dom have generously donated to help Sal achieve his £5000 goal. 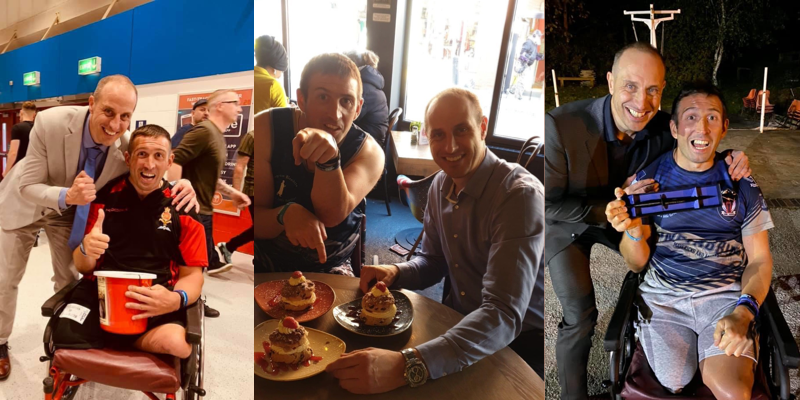 Many readers may agree on the benefits in encouraging kids to take time away from TV, Gaming and similar activities, to get out in the fresh air and be more active. Stats taken from the RCPCH website, and a publication from a House of Commons Library Briefing (in February 2020) found that worryingly, 1 in 5 primary school children are considered as obese. Therefore encouraging a healthy and active lifestyle, like Sal’s, couldn’t come at a more crucial time. If you’ve noticed from our recent announcement this is something Dom has vowed to change, through enhancing children’s lives through martial arts – alongside Co-CEO Neil White. You can read more about the Caged Steel Martial Arts project that’s set to launch in Doncaster primary schools this September 2020 and roll out across the UK at a later date.

Mam Tor isn’t particularly a difficult climb, however on a hot day it will be no walk in the park (…queue tumble weed… again). Already leading a pretty active lifestyle, regularly running, training and coaching Muay Thai at Caged Steel sponsors, Doncaster Martial Arts Centre, not much preparation is probably needed. Dom expressed, “I am just going to rock up and tackle whatever issues I encounter, currently digging my walking boots out.”

The walk is estimated to be a 3-4 hour round trip, there’s lots to look forward to in Dom’s vlog. Dom also plans to record a special episode of “Wake up with Caged Steel TV” (featured every Monday morning) during his trek. This will be released within the month.

Have a great weekend, from all of us at Caged Steel.